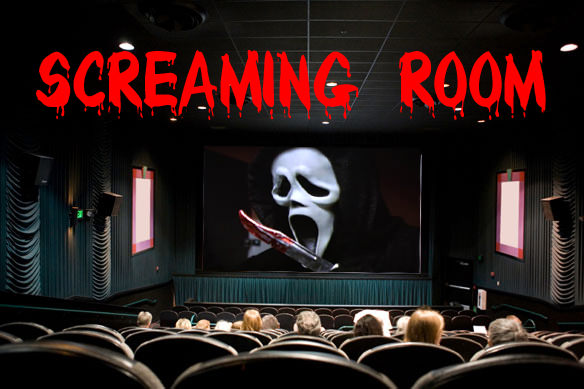 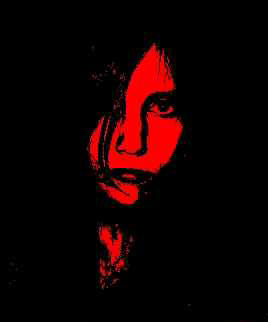 PLOT: When a troubled- psychiatrist takes a sabbatical in her remote cabin, a former patient makes the scene and a shocking black bedlam spirals out of bounds in this smart, stylish horror thriller.

COMMENTS: Like a brain surgeon's deftly wielded scalpel sinking into grey matter, skillful manipulation of cinematic elements merges with subtle transpositions in The Dark Hours. Along with clever segue-ways and strategically positioned ambiguity, The Dark Hours' filmmakers blur the line between objective and subjective reality in this fast-moving nail biter. It's engrossing, captivating, slickly edited and well-acted. Get ready for some disturbing twists and an unsettling climax.

The Dark Hours keeps us guessing, dangling over the precipice between our home theater easy chairs, contemplating "what ifs," and fretting over what will happen next. And what happens next is just ... well just awful! For the characters in the story, that is.

When institutional head-shrinker, Samantha Goodman (Kate Greenhouse) takes refuge from a personal crisis in her secluded snowbound cabin, she expects a quiet weekend with her aspiring novelist husband David (Gordon Currie) and sister Melody (Irius Graham). A worn expression about best-laid plans comes to mind, as one thing, something terrible, leads to another.

Much of the action takes place after dark in Sam's remote abode, illuminated in a flickering amber candle and fireplace glow. There's a claustrophobic feeling inside the bungalow, which contrasts with the utter desolateness of the wide open, frozen tundra nightscape upon which it vulnerably sits. Hanging precariously by only a few threads, a wispy, gauze-like veneer of sanity separates the known from the uncertain. Only the cabin's frail wooden door insulates the occupants from infiltration by malevolent elements which might appear from anywhere out in the night. Indeed, such elements come knocking and once that creaky door is opened, sheer hell breaks loose.

Instead of her hoped-for introspective interlude with David, from whom Samantha desperately requires emotional support, she instead discovers she's trapped in a love triangle between David and Melody. Just as Sam starts to unravel the details, the arrival of a duo of lunatics (literally) disrupts her family affair.

The more the merrier, however, as the uninvited guests intend to help Sam acquire some truly objective perspective about her situation -and theirs. One of the interlopers is a patient, Harlan (Aidan Devine), with whom Samantha has a controversial history. He's escaped, and now with twitchy teenage protégé Adrian (Dov Tiefenbach) in tow, Harlan wants to impress upon Sam that he never much cared for her less-than-Hippocratic bedside manner. To boot, Harlan plans to help Sam sort out her domestic and professional issues, Jungian style. Or maybe just Nietzsche and Dr. Mengele style. Because while Harlan's diseased cerebrum is squirming like a toad, it turns out his is not the only one. Harlan detects that all present are in need of a little "psycho" therapy. Delightfully, he just happens to have a treatment regimen in mind for everyone -one which champions truth, illumination, and ... well this won't hurt a bit. OK, maybe just a LITTLE!

Because it's going to start with some excruciatingly morbid games, games at gunpoint which involve a telephone, a diary and pair of cutting pliers.

As the quintet prepare to venture on a schizophrenic journey of enlightenment, seamless perceptual juxtapositions provide an eerie insight to the escalating chain of developments, some of which are relayed via foreboding flashbacks and non-linear plot points. What ensues is pure bedlam when all involved spiral into a swirling maelstrom of horrid revelations and bloody confrontation.   You can watch the trailer here.

Eerie and gothic, The Cursed is full of gloomy atmosphere as it sets a mood of steadily mounting dread.  An umbrella framing device set in WWI establishes the stage for events depicted fifteen years earlier. Offering an intriguing explanation tied into the plot of why silver works against werewolves, The Cursed is a non-traditional werewolf movie, which takes up where the concepts presented in the 1940 Universal production of The Wolfman leave off;  that a person who survives a werewolf attack will become one himself, and that only silver can kill the monstrosity.

Significantly, the film is a first rate production which doesn't insult your intelligence.  It's credible within its genre and there are no cheap jump scares or vulgar orchestrations accompanied by a cat being thrown at the actors.

Impressive cinematography accompanies an offbeat and original plot. The film brings to mind the visual style of historical dramas such as Barry Lydon (1975) and The Last Of The Mohicans (1992.) Additionally, writer/director Sean Ellis (Anthropoid (2016), employs the visual influences of mist, gloom, candle-lit interiors, and blasted winter foliage to set up and intensify the creepiness of stalkings, huntings, and gruesome attacks.

The storyline presents a pathologist investigating a series of bloody animal attacks on a European estate. In the recent past, the lord of the estate murderously evicted a band of Roma ("Gypsies) from land to which they had a claim, but which he resolved to seize. The Roma lay the the traditional Gypsy curse upon him.  The Gypsies haunt the dreams of the Lord's family and the locals, but there is more to this. When children dig up a cache of cursed Gypsy silver, the bloody mayhem begins.

The Cursed is a solid choice for those thinking viewers who enjoy artistically produced, scary movies which offer fresh takes on traditional horror lore.

You can also stream this film on Amazon Prime!

Creature Feature is sponsored by